Dr. Jerry Rodenbarger grew up on a small farm in West Lafayette, IN. He went to Purdue for his undergraduate studies and received his DVM in 1979 from the Purdue University College of Veterinary Medicine. Following two years at a small animal hospital in South Bend, Dr. Rodenbarger moved to Valparaiso, IN, and took a position in a small animal/equine practice. He has owned or partnered in three practices in the Valparaiso area over the past 39 years.

Dr. Rodenbarger met his wife, Linda, at the Methodist Church, singing in the choir. They have been married for 37 years. They have three adult children and three grandchildren all of whom live in the Zionsville/Indy area.

The Valparaiso community has been so supportive of his veterinary practices throughout the years. Because of this, he has returned the favor by giving back through active involvement in local, charitable organizations. Dr. Rodenbarger has had the privilege of serving on many boards and committees during his professional career: the Valparaiso Parks Foundation, the YMCA, the Boys’ and Girls’ Club, the United Way, Our Greater Good, Family House and Housing Opportunities.

At his church, Dr. Rodenbarger has served on the Pastor/Parish Council and twice chaired the annual stewardship campaign. Along the way, he and his wife have been blessed to be honored with several awards, including the Park Foundation Legends Award in 2010, the United Way Dorothy Porter outstanding volunteer award in 2013, the Valparaiso Chamber Legacy of Service Award in 2014, and the Carolyn and Dr. John Wolf YMCA Legacy Award in 2017.

Dr. Rodenbarger conveys that it has been such a blessing to be a part of the veterinary profession. In practice, it’s hard for him to decide which is most enjoyable: the animals, the medical challenges, or the people he meets! It is a privilege and an honor for him to receive this award and he is truly humbled and grateful. 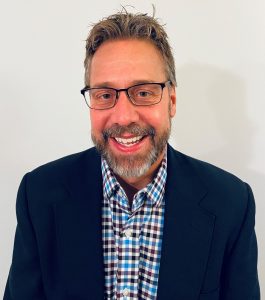 Dr. Steve Sunbury was born and raised in Seymour, IN and is a 1993 graduate of the Purdue College of Veterinary Medicine. He comes from a family of veterinarians including his father, his brother and his uncle. He joined the Seymour Animal Hospital after graduation to work with his father, became a partner in the expanding practice in 1996 and continues to work at and co-own the practice today.

Dr. Sunbury has been involved with organized veterinary medicine serving as secretary/treasurer, vice-president and president of the 9th District IVMA. He has served the IVMA Board in a variety of positions including committee chairman, board chairman and then held the leadership positions of the IVMA, leading to his year as IVMA President in 2010.  Currently a board member of the Purdue Veterinary Alumni Association, Dr. Sunbury has also served on the PVM Admissions Committee, the PVM Veterinary Nursing Advisory Committee and the PVM 60th Anniversary Planning Committee. He now sits on the Indiana Board of Veterinary Medical Examiners and is a life-long member of the IVMA and the AVMA.

Community involvement includes previous stints on the Girl’s Inc. Board of Directors, serving as its Vice-President and President, the St. Ambrose School Commission, serving as Commission President, and assisting annually with the local United Way campaign. Over the years he has volunteered as a coach for many of his children’s sports teams and has spoken to numerous schools, clubs and organizations about veterinary medicine.  Hosting veterinary and veterinary nursing students for their externships is also a favorite interest.

Dr. Sunbury has been happily married for over 26 years to his wife Leisa, who is an elementary school art teacher and Title 1 instructor. They have three children: Delaney (23), Karley (21) and Keegan (19).  Steve enjoys spending time with his family, triathlons, trail running and ultra-marathons.

Dr. Katz is an Indianapolis native.  She is a 2011 graduate from Purdue University Veterinary School and started her career at Noah’s Animal Hospitals in Indianapolis.  Dr. Katz took a hiatus from general practice in 2013 and pursued her interest in shelter medicine.  During this time she worked at the Houston SPCA and appeared on “Animal Cops Houston” on Animal Planet.  She also was an adjunct professor for Texas A&M Veterinary School, teaching shelter medicine to clinical 4th year veterinary students and received the Award for Excellence in Teaching from Texas A&M in 2014.  She later returned home from Houston to be the shelter veterinarian for Indianapolis Animal Care Services.  During her time there she was instrumental in developing the medical team, increasing the live release rate and assisting with the passage of city ordinances to improve animal welfare in Marion County.  She received the Meritorious Service Award in 2015 and Mayor’s Performance Award in 2016 for her service as the city’s shelter veterinarian.  Dr. Katz returned to Noah’s in 2017 to start All Pet Health Care that focuses on access to care to the underserved communities.  In 2018 Dr. Katz assumed the role of Chief Medical Officer for all eleven Noah’s Hospitals.  She is passionate about providing excellent veterinary care to all patients and meeting the needs of their owners. In early 2020, Dr. Katz changed roles and now works for Indy Shelter Vet and the LOVE Pet Project.

In Dr. Katz’s free time she enjoys spending time with her family, especially her three nephews.  She has three dogs (Laina, Finnegan & Lyla), two cats (Dylan & Smidgen) and two horses (Alfi & Hnota).  She has a special interest in camelid medicine and enjoys working with shelters and rescues.  She enjoys playing tennis and traveling whenever she has time.